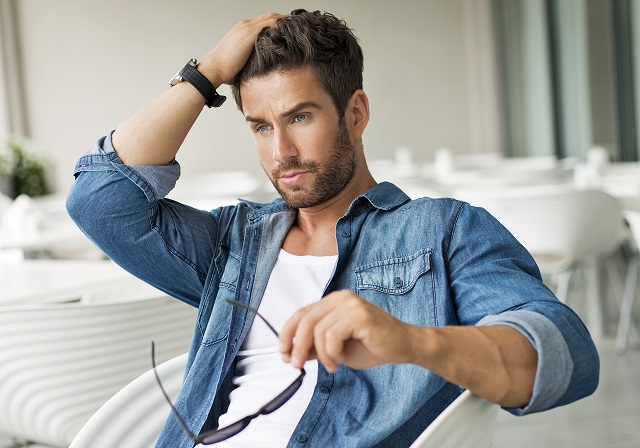 Taking pride in one’s appearance is part of human nature; it’s how we nurture our sense of identity and communicate that identity to others. It, therefore, shouldn’t shock anyone to learn that guys want to look good, too. Nonetheless, even in 2018, many people are surprised to discover that male plastic surgery is not only common, but it’s also getting more popular every day. Men of all ages and from all walks of life—from actors to stay at home dads—are opening their eyes to the many ways in which cosmetic procedures can enrich their lives. At PSSF, we wholeheartedly support this attitude of gender equality and empowerment through appearance, so we decided to investigate the driving forces behind this trend.

While the majority of  men who choose to have plastic surgery do so for purely personal reasons, ageism in the workplace is a pressing concern for a substantial number of male plastic surgery patients. According to a survey conducted by the American Academy of Facial Plastic and Reconstructive Surgery, 25% of men reported that they planned to get plastic surgery to help them remain competitive at work.

Some industries (like the entertainment industry) have, of course, always favored a youthful look. Over the last two decades, however, experts have observed this preference extending into a wide range of different fields. Technology is thought to be the primary catalyst behind this shift: Almost every industry has been so radically reshaped by the digital revolution that being perceived as older (and therefore out of touch with the latest developments) can be seriously detrimental to your career. Both men and women are turning to plastic surgery to keep them looking alert, dynamic, and vibrant.

Myths about male weight loss are prevalent in Western society. Many people assume that while women “naturally” struggle to lose weight due to the influence of feminine hormones, men are inherently muscle-building, fat-burning machines. If you’re a guy who’s battled stubborn fat deposits in the past, you already know this absolutely isn’t true. Men, like women, often face genetic and hormonal barriers that prevent them from sculpting the kind of body they want through diet and exercise alone. Yes, guys generally have less subcutaneous fat than women, but that doesn’t mean they never fall victim to a hereditary pot belly or double chin. Likewise, men face the same problems women do as they get older: Fat redistributes, leaving their extremities and piling up around the abdomen. Their metabolisms slow down, and their levels of sex hormones decline, too, making it difficult to build muscle and avoid weight gain. Furthermore, because guys don’t have hips or breasts to balance out their bellies, abdominal fat is often particularly noticeable on their bodies.

Fortunately, because it’s become more socially acceptable for men to discuss their physical insecurities, they are letting each other know that there’s an alternative to living with diet-resistant fat deposits: Body sculpting procedures. Better still, new liposuction techniques and some nonsurgical procedures (like CoolSculpting) are excellently suited to removing male fat, which tends to be denser than female fat. Both developments have led to a rise in the number of men proactively taking control of their shape.

3. MEN ARE ENTICED BY THE LACK OF DOWNTIME ASSOCIATED WITH MANY MODERN COSMETIC PROCEDURES

We all know that women often feel guilty when they take time out for themselves. But we don’t always realize that the same can be said for most men, too. Men—dads especially—struggle to justify taking time away from their careers and home lives, especially if they’re expected to be the primary provider.

For this reason, noninvasive and minimally invasive cosmetic procedures have made plastic surgery a lot more accessible to men than it used to be. Today, men can benefit from a number of treatments (such as CoolSculpting, BOTOX®, mini facelifts, SmartLipo, etc.) that come with either no downtime or just a few days of rest required afterward. These procedures allow men to balance the demands of their careers and the needs of their families with their own desire to look (and feel) good.

FOR GUYS, CHOOSING THE RIGHT SURGEON IS ESSENTIAL

Even if the reasons why men and women seek out cosmetic enhancements aren’t all that different, their bodies are. Men have several physiological differences—such as denser fat, tougher connective tissues, and thicker skin—that make performing surgery on them an art unto itself. As such, if you’re male, it’s important to find a surgeon who has extensive experience performing plastic surgery on men before you proceed with a consultation. Ask the experts at PSSF for advice on how to choose the right plastic surgeon to meet your needs and make your aesthetic goals a reality.

February Obagi Special: 20% OFF all tretonin products through February