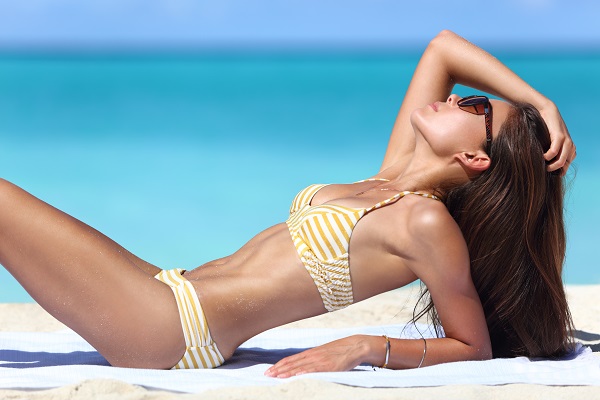 When it comes to modern body sculpting, patients need to be ready to balance the good news with the bad. The good news is that it’s now possible to remove deposits of unwanted fat from multiple areas of the body without going under the knife. The bad news? There’s still no nonsurgical procedure that can produce dramatic, immediate results. Before you have CoolSculpting, you’ll therefore need to develop realistic expectations for this procedure. Below, we’ll answer some of the most common questions patients have about the capabilities of “fat freezing” procedures like CoolSculpting:

1. Will having CoolSculpting help me lose weight?

The answer to this question is multifaceted. CoolSculpting will help you lose a little bit of weight, yes, but it cannot make a heavy person slim. Most patients can expect to lose between three and eight pounds after having CoolSculpting. As such, CoolSculpting is not recommended for use on obese patients; it won’t harm you if you’re heavily overweight, but it won’t produce highly visible results, either. Before having CoolSculpting, you should use diet and exercise to get within about 25 pounds of your ultimate goal weight. CoolSculpting is ideally suited to getting rid of deposits of diet-resistant fat, e.g., when an otherwise slim person has a “pot belly” that simply won’t budge no matter how hard they train.

CoolSculpting can complement diet and exercise in helping patients lose weight, however. Having CoolSculpting has been shown to increase patients’ motivation to stay in shape, for one. When patients achieve the perfect body via body sculpting, they’re eager to maintain their results and thus stick to their diet and exercise plans. Too, having CoolSculpting can remove emotional barriers that get in the way of exercising. Patients who have this procedure report being less worried about how they look in tight fitting exercise gear. This makes it easier for them to work out in public spaces.

2. When will I see results after having CoolSculpting?

The processes that make CoolSculpting possible are gradual ones. During CoolSculpting, extreme cold is used to damage the lipids inside fat cells. (A special applicator tool keeps the patient’s skin comfortably warm at the same time.) The body then recognizes that these cells are damaged and begins to slowly remove them and excrete them through the liver and lymphatic system. This harmless and painless process takes about two months to complete. Additionally, it’s important to keep in mind that some patients require multiple CoolSculpting appointments to get optimal results, and this can delay the manifestation of results.

3. How much fat can CoolSculpting remove?

CoolSculpting has been shown to remove about 24 percent of the fat from treated areas. This might not sound substantial, but it’s important to remember that even surgical procedures can only remove about five to eight pounds of fat at a time. Fortunately, removing this amount of fat from certain areas, such as the waistline or back, can produce striking results. CoolSculpting can easily remove several inches from the waist and create a flat, toned looking stomach, for example.

4. Does CoolSculpting have any side effects?

CoolSculpting is not associated with any serious side effects, and because it’s not a surgical procedure, it carries no risk of infection or scarring. However, about 10 percent of CoolSculpting patients do report experiencing mild side effects after having this procedure. These side effects include soreness, swelling, numbness, and tingling in treated areas. All of these side effects are temporary and will subside within two to three weeks. In the meantime, they can be managed with over the counter pain relievers (like acetaminophen and ibuprofen) and the application of cool compresses.

The Advantages of CoolSculpting

While CoolSculpting, like all cosmetic procedures, has some limitations, it’s also highly versatile and effective. CoolSculpting can be used on many different areas of the body, such as the stomach, back, flanks, thighs, arms, and legs. And, because CoolSculpting is a nonsurgical procedure, each CoolSculpting appointment requires no downtime. Most patients can return to work immediately after having CoolSculpting. It’s also safe to keep exercising in between CoolSculpting sessions, which makes it easier for many patients to continue losing weight while getting CoolSculpting.

If you’re curious about the many perks of CoolSculpting and want to know whether or not it can help you meet your body sculpting objectives, feel free to contact us. We’ll be happy to answer any questions you may have about this procedure and help you book a no-obligation consultation.

Check back soon for our new monthly specials!